Welcome to my very own Creative Writing Month where each day of the month I am focusing on a topic and spending fifteen minutes reflecting and writing as inspired by the topic. For more information about why and how check out my post, Writing Down the Bones. 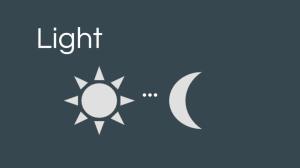 “Terrance, draw the curtains!” Mother pleaded with me. She was using a blade to open a can of beans we had stored for emergencies in the pantry. I replaced a corner of the black-out curtains on the living room window. Curiosity had gotten the better of me as I hoped to catch a glimpse of what was going on outside the four walls of the Locke home. My mother, Buzz, and I had awoken from another night of sleeplessness. The temperatures were rising and even with the black-out curtains in place the strong rays of sunshine protruded the opaque shields. Not ideal conditions for finding rest.

It’s been four days since the sun last set.

These four days have been quite unusual. At first, it took a while for people to begin to notice. Not many people paid attention to the sun’s movements before. As a civilization we had taken for granted that the sun rises at 7am and sets at 9pm. Technology had made it irrelevant to use the sun’s location to determine time of day. It wasn’t until about 7:30pm on the first day that things began to seem different. Usually the light would wane about that time, but the rays stayed bright and grew brighter with each passing moment. At 8:00pm the news stations began to report the irregular pattern of the sun.

“It is believed by astrologists that at 1:30pm EST today the sun set itself into an irregular pattern. All residents of Earth are being cautioned to limit their time outdoors and to wear protective eye gear until the sun’s pattern is re-set. It is likely that tomorrow morning will bring that re-set.” My family sat in shock around our television set watching the reports from the local news. Three hours later we would be without power along with the rest of the city and most-likely the rest of the planet.

Day two the sun’s rays became more violent. The heat and luminosity of the sun was growing and evident. Mom and I ventured by foot to the local grocers to pick up some items like canned food, toilet paper, and bottled water. Of course on our journey we passed half of the town all donning their UV protection eye wear and carrying loads of their own necessities.

“Hello, boy, is there an adult present?” An officer questioned me as he opened the door.

Buzz opened the door wider and motioned for the officers to enter our bright home. Mother was seated on a couch in the living room reading a book from the shelf upstairs. She looked up from her book to greet the uniformed men.

“Excuse us, Miss, but the President has ordered that all residents receive a government-issued black out curtain for each window of the house. These are to be installed and remain in place until the sun resumes it’s orbit.” My mother nodded and the man retreated to bring a hoard of others into the home. It took about fifteen minutes, give or take a few, to install all of the curtains.

“By order of the President, you are not to move or remove these curtains until another official order gives you permission to do so. Is that understood?” The officer spoke robotically to my mother who nodded in silence. After visiting every house in the city he surely was beginning to feel like a robot.

“Mother, why are they hanging these curtains everywhere?” I asked my mother who had not moved from the couch in hours. She had grown stolid. Most likely it was a combination of fear and exhaustion. The addition of the curtains yesterday had not provided her the rest she was lacking.

“Hopefully, so we can all sleep. It’s been far too bright to get good rest. The citizens must be getting agitated.” She was exhausted. The lines on her forehead were bolder and saggier when she was tired.

Buzz had been sitting at the coffee table with a deck of playing cards. He joined the conversation without skipping a beat in his game of solitaire.

“Think about what this means for the ocean levels. Thank goodness we don’t live on the shoreline.”

“What do you mean?” I asked my older brother.

“Well, the moon controls the tides. I’m sure that the houses on the shore are being washed away as we speak.”

A sudden horror came over me. I hadn’t really thought about the moon. I guess the focus had been so much on the sun the past four days that I had forgotten all about those lessons in science class. As the three of us sat in silence weighing our chances of outliving the week there was a knock on the back door. We all made eye contact which revealed the fear that had arisen from the banging of the door in the back of the house. The knocking continued until Buzz walked through the kitchen and unlocked the deadbolt on the backdoor. He opened the door slightly.

“Mr. Lewis?” Buzz questioned as he opened the door wider and our elderly neighbor strode through to the kitchen.

“How are you guys holding up?” Mr. Lewis inquired.

“We’re doing fine. Pretty tired, but we have food and shelter so we can’t complain.” Buzz answered on behalf of our family.

“Listen, I know a little bit more about what’s going on then what everyone is letting on.” Mr. Lewis was beginning to sound a bit like a conspiracy theorist. “The government’s not being completely truthful.”

“What do you mean, Mr. Lewis?” My mother questioned the man that was beginning to sound like he had been deprived not only of sleep, but of oxygen.

“We don’t have enough time for me to explain. I came over to let you know that I have a way of escape. Whether you believe me is up to you. But, if you choose to stay here everyone will be dead by tomorrow. Come with me and we can be safe. Or, well, safer than we are now. What do you say, Ms. Locke?”

Mother weighed her options. Stay in her home with her three boys where the temperatures were rising and the sun was growing brighter or escape in some underground bunker with their seventy year old, paranoid neighbor.

“Melody, I don’t have time to explain. You’re either coming or you aren’t. I’ve made up my mind to leave as soon as possible and I won’t have you slowing me down.” His urgency was persuasive.

“Mother, no, we stick together. If we leave you do too!” I shouted.

Mother looked away. She removed her eye wear and headed toward the couch. Buzz grabbed my arm and shoved me toward the kitchen door.

“We can’t just leave her here!” I shouted.

“Come on, Terrance. She won’t leave Dad you know that. We have to go.” Buzz struggled against my body weight which was pulling the opposite direction of the door.

“But Dad’s dead. He’s ashes. Mom, come with us.” I shouted as Buzz threw me over his shoulder. Mr. Lewis opened the backdoor and nodded toward my mother. Buzz followed behind Mr. Lewis with me kicking and screaming on his back.

We shut the door behind us and ran quickly to Mr. Lewis’ house next door. Each of us was wearing our UV Protection eye wear, but even through them were able to see the blinding brightness of the sun.

Inside Mr. Lewis’s house he led us to his office on the first floor. It was lined by a library of encyclopedias and academic journals. I stood, taking in the beauty of his collection of books. I wondered about how long it had taken him to build up this library. Probably half his lifetime if not more had been dedicated to this room alone. On one wall hung a framed diploma from The University of Michigan.

“Terrance!” Buzz shouted as he had lost my attention.

Mr. Lewis bent down and pulled up one floor board from the wooden floor below.

“In here, boys.” Mr. Lewis instructed. He led us down a dark stairwell lined with kerosene lamps and cobwebs.

“What is going on?” I asked Mr. Lewis as soon as the boards were re-fastened concealing our location.

“Not a natural disaster that’s for sure.” Mr. Lewis answered.

Just as my foot reached the bottom of the stairwell the floor above us began to shake violently sending bits of plaster raining on us below. I lost my balance and fell to the ground. Buzz rushed to my aide to make sure I was okay.

“And that, my friends, was the end of life as we knew it.” Mr. Lewis breathed.

It is unlawful to plagiarize any of the original work from The Ameri Brit Mom. No permission is given to reuse this text or ideas without written consent. Always give credit where credit is due.