The Pumpkin Show is an annual festival held in my hometown of Circleville, Ohio. This is the greatest FREE show on Earth and one of the largest local festivals in the country. Each year, the schools shut down, the roads are closed, and people travel from near and far to enjoy some days indulging in Pumpkin-everything and watching parades. Tuesday night was Local’s Night which means that stalls were opened and people crowded the streets prior to the official opening. The weather was beautiful and the festival was packed. Our church group which normally meets on Tuesdays decided to meet this week at the Pumpkin Show. We spent our Tuesday night with great friends and the locals of Circleville.

On Wednesday, we rode rides, overate, and went through the parade on a float. Every year I pine for a box of bourbon chicken, one of the most popular non-pumpkin items. I also have to get a slice of pumpkin pie, a pumpkin burger, and fried Swiss cheese on a stick. We got a snapshot with the traditional pumpkin pyramid and the locally famous Pumpkin Man. For the first time ever, my daughter was in a parade riding on a float representing her pre-school. It was a late parade and she was almost asleep by the end of the route, but she enjoyed riding through the parade with her teacher and classmate. It was a great opening to another Pumpkin Show! 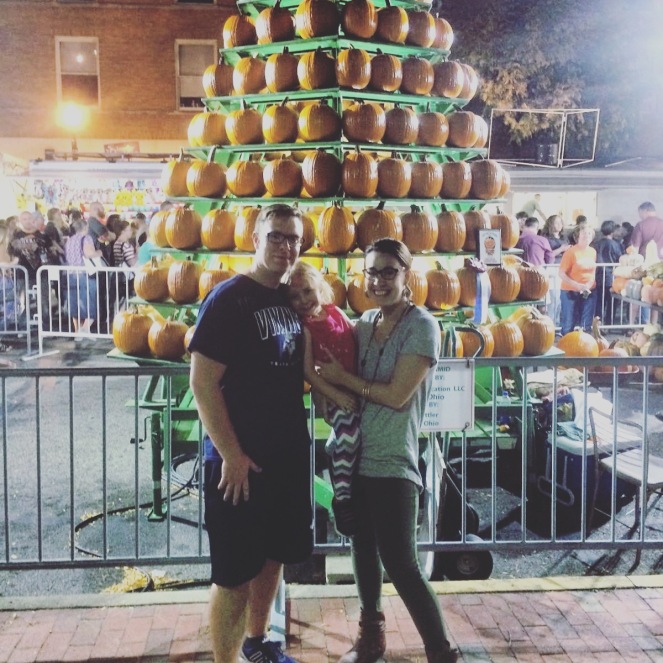 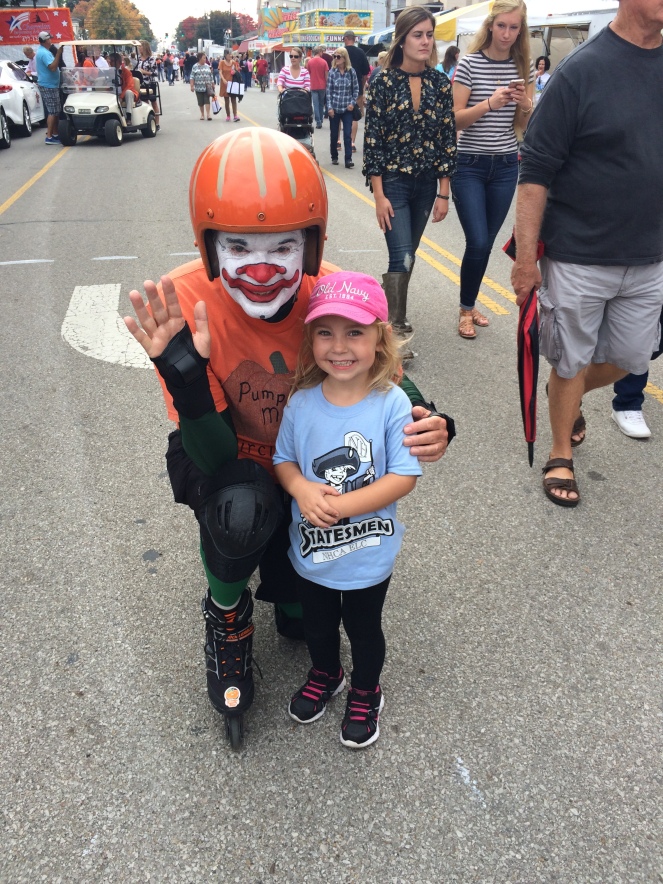